I am Running For Council. What Does That Mean?

Home » Blog » Politics » I am Running For Council. What Does That Mean?

I announced on September 7, 2021, that I was running for a council position in my local town. So what does that mean? What does running for council in Alberta even mean?

Council is the local level of government. Every single village and town has one. Essentially it is a group of people who, like a federal or provincial government are elected to represent the people. These individuals are elected within a certain geographical area. Across the country, these people will serve for four years as councillors unless they resign or are removed by a judge. They will meet on a regular basis and discuss a variety of things, from bylaws to land development, to major local projects like arenas and public transit.

Wards vs. No Wards

Within these geographical areas are a couple of different ways to handle the population. As cities change ad grow in size the needs of certain areas start to become very different than other areas.

For larger cities like Calgary or Edmonton, they use a ward system. This means rather than representing the city as a whole when you are a councillor you represent a smaller section. Because these cities are so large each of these wards can have 100,000 or more people in them, with each area having its own unique needs. Each of these wards elects only one councillor to represent their interests. Each of these individual councillors, from the individual wards, then come together as a whole to represent the city in its entirety.

In smaller towns, such as the one I live in it would no sense to use wards as, regardless of where in the town you live your interests and issues are likely the same as the rest of the town. In situations such as this, there are simply a certain number of councillor positions to be filled. For most small towns in particular this number is 6, but this can change from town to town.

In this system, rather than electing one person to represent your area, you vote for all six. While this can be advantageous, especially for candidates, it can also be very confusing for voters. For candidates, this means rather than needing to win a race you only need to come in the top 6. However, for voters, many aren’t aware you need to make 6 selections so they may only vote for one. Even if they are aware that you need to select 6, selecting 6 people who you think represent you best can be a daunting task!

Difference From Provincial and Federal

There are a number of key differences that municipalities and municipal candidates have that differentiate them from the provincial and federal systems. Here is a couple to note:

The biggest difference by far is that there are no parties in municipal elections. If a candidate is running they are running as themselves. No support from a party, no being forced to vote along party lines, and no battle between their own values and the parties. Essentially every single member of a city council operates as an independent.

Like most things politically this comes with many advantages and disadvantages. The largest advantage is that you are not bound to any other members of the council. Every vote is unique, and for every vote, you simply make the best choice for your constituents. The largest disadvantage is the lack of resources and funding. In a provincial or federal election, the parties give large amounts of money and resources to their candidates to help with running the campaign. In a local election, all of that has to come out of pocket. from signs to door hangers to advertising, it can all add up quickly.

The second big difference with municipal politics is that there are no early elections. The only way that an election will be called early is if a member of the council chooses to resign more than one year before the next scheduled election. No filibustering, no votes of confidence, and no recalls or removals.

What is Council In Charge of?

Now that we’ve established what council is, it is time we establish what they do and what they are in charge of. While a lot of this will vary from province to province and town to town, there are a couple of things that all councils deal with. there are also several major areas of a town or city that a council does not deal with, in Canada in particular.

What Council Does Not Do

To begin, let’s talk about major parts of a town’s infrastructure that a council does not have control over.

The provincial government is in charge of several key areas of a municipality and doesn’t require council or the local government input at all (though they do often ask for it). These three areas are health, highways, and education.

In Canada, the province manages every single hospital within a city or town. This means staffing, maintenance, laws, and everything in-between. With the exception of some private doctors’ offices and private ambulance companies, everything regarding health falls under the province’s control.

Similarly, the province controls all secondary and tertiary highways (at least in Alberta). This means to build an intersection on them, change the number of lanes, or even repave these primary roadways you will need to go through the province.

Finally, laws. Any laws requiring health measures of any kind fall under the provincial domain. While this can include things like masking mandates, it can also include everyday things like food control and regulation. Food safety standards are designed and administered by the province in accordance with their laws and municipalities have no right to change them.

The federal government controls much less when it comes to local municipalities, but there are a couple of areas where they are the primary government in control. Namely highways and policing (sometimes).

Policing being under federal control is not universal. While most small towns will rely on the RCMP for their policing, thus making it a federal issue, there are a couple of notable exceptions. the first is Quebec, which actually uses a provincial police force instead of a federal one. This makes it a provincial issue. The other is for cities large enough to have their own police force. In situations like this, it is often because the cost of RCMP becomes too expensive and it becomes cheaper to maintain their own police force. When a city has their own police the municipality is then in charge of its operations. 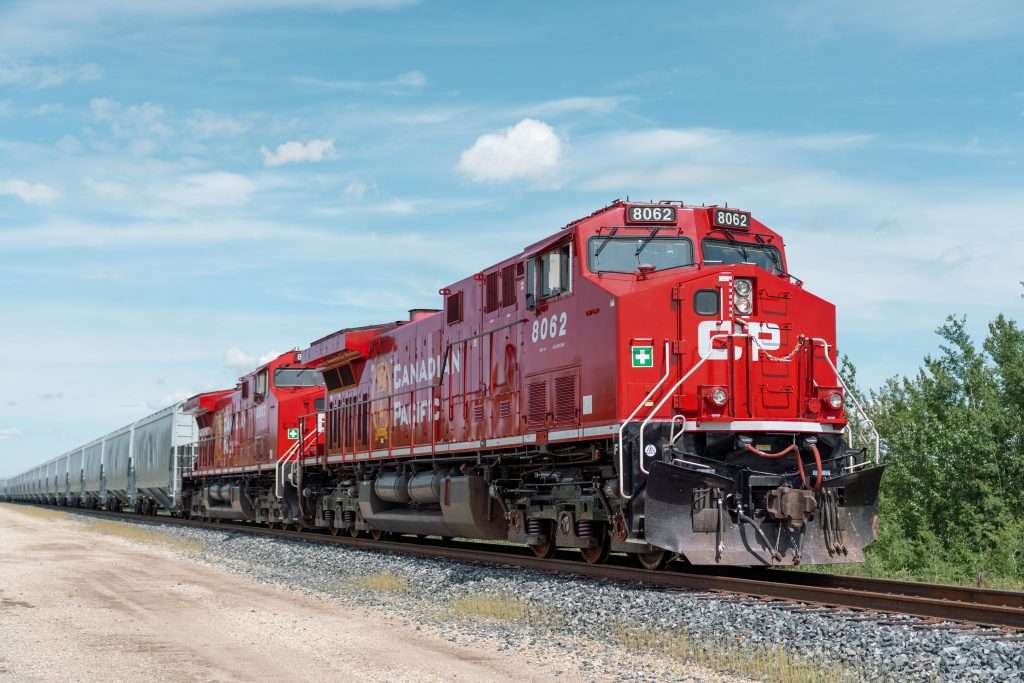 The final group to consider is third parties. The largest of which (at least in most towns and cities in Canada) is CP/CN Rail. These two companies control all of the railroads that spread across the nation. This means all of the railroad tracks and a portion of land on either side are owned and controlled by them. While they do not have as much power as the other levels of government when it comes to things like crossings (though they still need to be consulted and coordinated with), there are areas where they have control. For example, CP/CN Rail operates their own police force for offences occurring on or near the tracks. this can be anything from a fire to a person illegally crossing.

What Council Does Do

Bylaws are simply laws, but only for one municipality. This includes everything from development and zoning rules to how long your trash can is allowed to be on the street after the garbage is collected. Bylaws serve a critical job in bridging the gap between provincial and federal laws and what the municipality needs. Every town is unique in how it plans to expand, and every town is unique in how they offer their utility services. Because of this, it is impossible to make a province-wide law for it.

Creating and modifying bylaws is one of the primary functions of a council as they are directly related to the municipality.

Permits are what allow a building to be built. Or an extension to be created onto a house. Even something as small as putting up a fence around your yard requires the acquiring of a permit. Permits are how municipalities both generate a source of revenue, as well as ensure that everything being built is done so in a safe and proper manner. This allows the municipality to better establish and control the growth of a town in a manner that aligns with its goals as a whole.

Community buildings are buildings that are available for use for the whole community. In this category falls things like arenas, swimming pools, and libraries. But also included here are landfills, water treatment plants, and everything else needed to make a town run. Typically these buildings are the sort of buildings that would not be run without public funding as they would be too costly for a private company.

The construction and acquisition of funding for these buildings is the other primary job that council is tasked with. without the town investing in these projects, they would never get built.

Next is utilities. while most municipalities (with a couple of exceptions) don’t handle electricity, gas, or internet they do all handle three things. Water, sewage, and garbage. The town is responsible for both delivering clean drinking water to people’s homes throughout the municipality and for removing the used water. They are also responsible for all garbage removal and storage. Whether this means simply contracting out this task, or managing and constructing the facilities themselves, it all lands on the town.

The single largest generator of taxes in most municipalities. Taxes. Specifically, property taxes. these are the taxes that you pay every year on your house, based on how much it is worth. The town is in charge of both setting the tax rate for the town as well as collecting these taxes. How much the taxes are; when they are due; and everything regarding the income is decided on a local level. 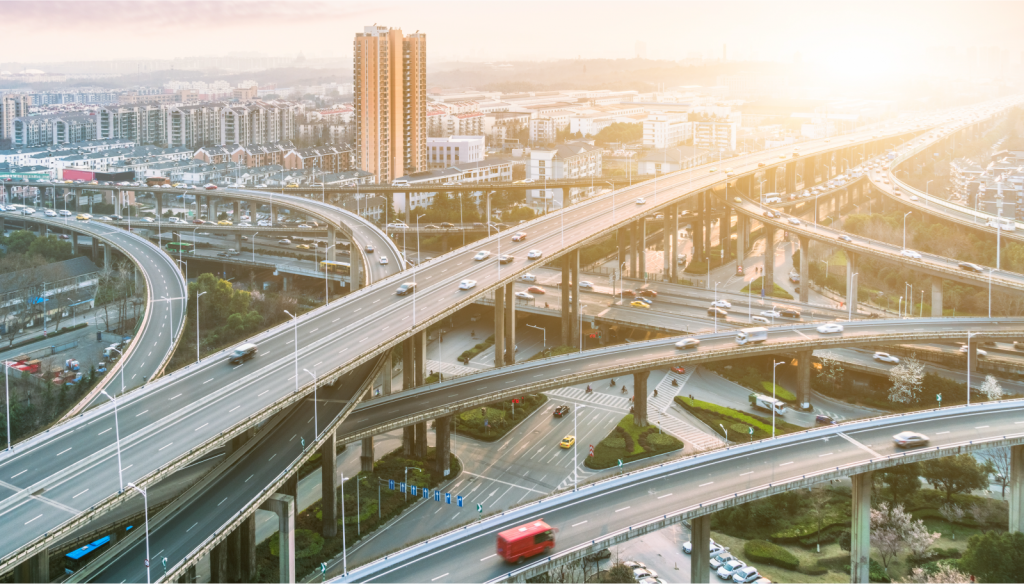 Finally, the last major part of what the council is responsible for in a town is infrastructure. This means the roads that you drive on (that aren’t highways), to the water mains that bring water everywhere in town. Everything that you use on a daily basis that simply needs to exist, is likely paid for and controlled by the town. Parks, public parking lots, fire hydrants, etc. are all the responsibility of the town.

In Short, What Does Council Do?

The short way of describing what the council does and what they’re in charge of is this:

When something is in a town, is needed by the town, and can’t be the same across all towns, it is the council’s responsibility.

So next time you drive around pay attention to what is around you. Try and figure out as you drive who would be responsible for what. When you get home check if you were right, the results might surprise you.

Ryan is a 27-year-old business owner, blogger, and father. Starting from $85,000 in debt he documents the struggles that come along with that. To learn his story check out Where Did it Start?
All Posts »
PrevPreviousFinances and Mental Health: The Harsh Truth
NextHow to Run for the Office of Councillor in AlbertaNext