How I Started Making Passive Income by Using Cryptocurrency

If there’s one thing I’ve noticed within the FI community it is that cryptocurrency and the markets surrounding it are largely not understood, and frowned upon by the community. And I get it. To say the market is volatile would be an enormous understatement. The prices of currencies can fluctuate by literally tens of thousands of dollars in a week! In a community that is all about stability, reliability, and long-term growth the fact that such wild swings happen is terrifying.

For most of the community, it is seen as a “get rich quick” scheme, or a way to make a quick buck. For a lot, it’s simply seen as a way to lose all of the money that you worked so hard to earn. At least when traded in its traditional sense.

How cryptocurrency is different than a stock

But that’s where my adventure into cryptocurrency is different. A lot of the FI community are very stock market minded. Which is fantastic when you spend most of your time in it. Need help figuring out how to buy and sell stocks? We got you covered. Want to learn how to deal in ETFs and find one with a good balance of growth and low MER? Do we have a conversation for you!

Because of our love for these sorts of conversations and our tendency to think of growth and wealth in this way it is how we think of cryptocurrency. We see it as a form of stock. You buy-in at one point, wait for the price to go up to a level that you like and then sell at that higher price, making a profit. That’s why the fluctuation and giant swings are scary! As a group, we have trained ourselves to be naturally averse to such large amounts of risk.

Now, I’m not going to get into what blockchain technology is, or the technology behind a lot of cryptocurrencies. If you’re interested in that there are plenty of good articles only a Google search away, by people who know a lot more and have a lot more experience working with it than I do and I encourage you to check them out. 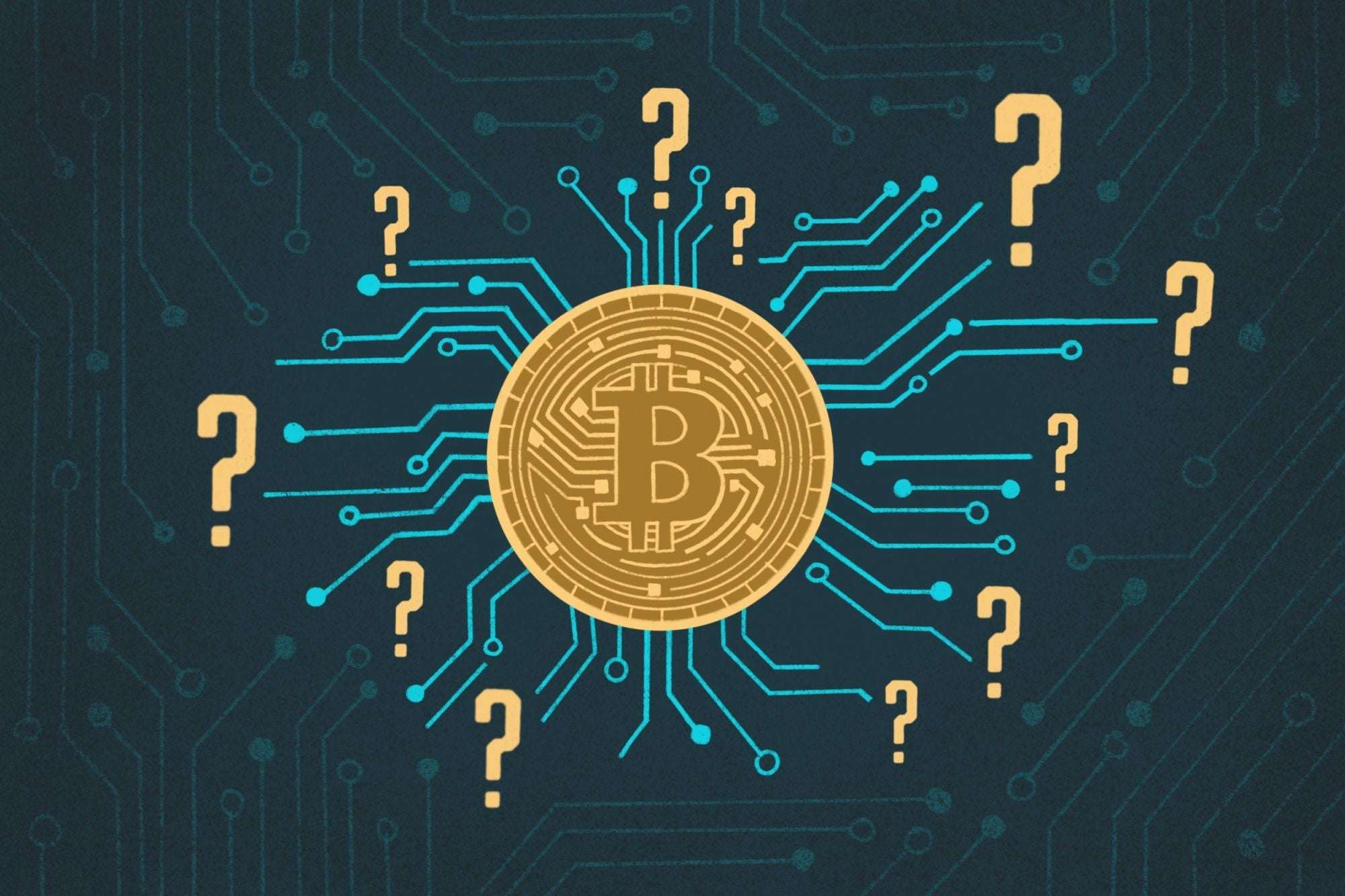 How I treated cryptocurrency different

What I’m hoping to do is explain how I see cryptocurrency as fundamentally different than stock and use it in a completely different manner. In a way that I believe a lot of the FI community may be able to follow in a way that helps them diversify, all while saving money.

So what am I talking about? You just said that cryptocurrency is full of large swings, and involves selling and buying just like stocks, but then also said it’s nothing like stocks. Well, that’s because I’m talking about mining.

What is mining? You may be asking. Again, I’m not going to go super deep on the subject (if you’re interested in a super in-depth explanation check out this article), but for the sake of this article, I will describe it as essentially using your computer to create a cryptocurrency. Instead of buying and selling cryptocurrency you instead use your computer to gather it.

And right there I just lost a ton of people who were reading. And that’s fine. This definitely isn’t for everyone and a lot of people will think I’m stupid or crazy, or any other amount of terms for even suggesting something as silly as it. But for those of you sticking around let me explain.

When I first learned about cryptocurrency mining it was how I learned about a bunch of things in my life. I hear the news, or I hear a fact and I was curious, so I researched it. In this case, it was the news that Bitcoin was trading for upwards of $40,000 USD, which to me was insane! How would one little imaginary coin be worth more than most people’s cars? I knew the market for cryptocurrencies was volatile, but the growth came out of nowhere!

So I started researching. How bitcoin came to get so high, what it was, and what people who have a lot more money to burn than I do were thinking on the currency. I then looked at my portfolio and thought, why not? I will never complain about diversifying. So then I started thinking about how much I was willing to invest, and the answer I came up with was $100. I was willing to lose $100 learning and playing around with crypto. In the best-case scenario, I turn my $100 into $10,000. Worst case scenario, I lose $100. as far as I was concerned that would be a gamble I’d be willing to take to have some fun and learn.

Next was to decide how best to spend that $100. after all I didn’t want to buy 1/4000th of a bitcoin just to sit and wait. Thats the exact same as the stock market and I wouldn’t learn anything. Plus I was way more likely to lose all of my money. Enter the world of mining.

After learning about mining I decided this would be the best use of my $100. Since computers are already a passion of mine I had an insane gaming PC right beside me, with a good GPU (the most important component of mining). The biggest expense for me would be the increased electricity my system uses. However, I’m fortunate enough to live in Alberta, which has some of the cheapest usage fees for electricity in the company. so after some quick math, I found that my computer being on 14 hours a day longer than it currently was would cost me about $0.01 per hour, or about $0.14 a day.

In other words, even if all of the effort I put into mining cryptocurrency yielded me absolutely nothing, and every day I was just throwing that electricity money down the drain, it would take me just under TWO YEARS to spend the $100 I was willing to take a gamble with. well worth the chance I think. so with that in mind, I got started.

How I got started mining cryptocurrency

So after doing a lot of research I decided on the cryptocurrency called “Ethereum”. It was one of the largest in the world, so not likely to fade away into obscurity, it had actual technology behind it and was generating revenue outside of simply existing, wasn’t extremely oversaturated like bitcoin was, and most importantly, the equipment I currently had would be more than sufficient to generate it, unlike Bitcoin, which requires specialized machines to be worth your while.

This immediately got me thinking. Ethereum was currently worth about $1,700 USD per ETH. So how low could it go? How much could this drop until it became no longer profitable to spend even my $0.14 a day?

So what are my results? How much do I earn?

Note: All of these calculations are done as of the time of this writing. Because of the volatility of cryptocurrecy that I mentioned above this may change at any time. so take all of these numbers with a grain of salt.

So, after approximately a month of running this experiment, here are my final results:

So is it worth it?

So after seeing this you may be thinking to yourself “is it worth it”?

However, my answer may surprise you. For most people, my answer is no.

My situation was rather unique. I had already invested in the technology that allowed me to start mining so easily. I live in the province with some of the cheapest electricity rates you will see. And my computer was already optimized to run for hours on end, as I built it to.

However, if any of these components were different it likely would not have been worth my time. I’m not going to go out and build a computer capable of mining cryptocurrency if I don’t have a use for it otherwise. If my electricity costs were even 3 or 4 times what they are (making them about average for the country), I would not have to be a lot more confident the price was going to stay high. And if computer building was not a passion of mine I may not have even had the knowledge to get started and the time invested may have outweighed any profits I made.

So while it might be an interesting way for me to generate a small amount of passive income, it is definitely not for everyone.

Run the math yourself. Maybe it will be worth it, maybe it won’t. Let me know below when you figure it out, I would love to know!

Ryan is a 27-year-old business owner, blogger, and father. Starting from $85,000 in debt he documents the struggles that come along with that. To learn his story check out Where Did it Start?
All Posts »
PrevPrevious5 Easy Steps to Maintaining a Clean Inbox
NextHow I’m Making Passive Income – January 2021Next